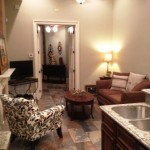 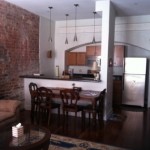 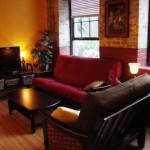 It may sound irresponsible, but there is a definite trend in New Orleans to just “up and buy” a condo after a great visit to the city.For me, it happened after spending New Year’s Eve here in 2008. It had been twenty years since I spent any time in the city, and I fell back in love with it immediately. With my daughter and my best friend’s daughter in tow, we enjoyed the fireworks and celebration in Jackson Square; then, no one was ready to go back to the hotel. Since the girls were only 16, we spent the next few hours riding the street car all the way across town and back…

After one day back home in north Louisiana, I called a realtor. I knew I was going to need a place to stay, because I wanted nothing more than to call New Orleans my second home. Within three weeks, I was the proud and excited owner of a tiny unit in the Warehouse District, Cotton Mill #150. It became my little haven, a thrilling renovation project, and eventually, when I really got the bug and moved here full time… a corporate rental.

The same thing happened to my friends, the Bordens. I took on leasing out their condo for them last year, and she told me the story of how they bought it. It sounded familiar… a vacation, a whim, and a throw-caution-to-the-wind purchase at The Bakery… and when they recently sold it… she cried. And her husband wouldn’t even go with us for the final inspection. He was too nostalgic and afraid he might want to call off the sale!

Last week we took on the beautiful one bedroom at the Barker House Condos on Chartres St. I spoke to the new owner, and she advised me that they will be using it for the many events coming up this spring… then we can lease it. She emailed me saying, “We just bought it without thinking about it at all. Can you believe that?” Of course I can.

My theory is that New Orleans is like one of those “power points” on the map… like Stonehenge. There is something in the rhythym of the city that absolutely repels some people. Some people just don’t “sync” with New Orleans.

Others are drawn to it in a way that’s almost mystical. It was always that way for me. The music in the streets, the open, welcome smiles on people’s faces, the energy – pure adrenaline – that courses through the cells of everything that lives and breathes in New Orleans. It’s a buzz. It’s a natural high… we gotta have more of THAT.

So we visit, we fall in love, and then we figure out how to make it our own… and by calling it home at least some of the time, we become “accidental New Orleanians,” and we’re still not sure why – but we’re here to stay.