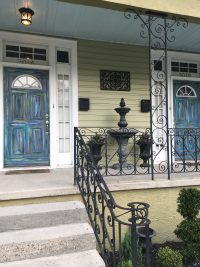 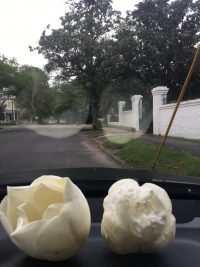 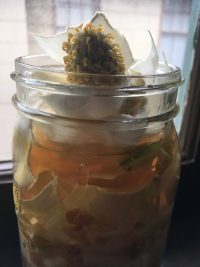 It’s not even 10 am and I’ve got my errands around town done, arriving back home in a state of mind completely adjusted by my drive.

It’s the little things here that make the morning.

On the way to drop Bryce off at school, I finally had time to pull over and snap a picture of these two doors on a double on Calhoun Street.  Someday I’ll meet the owner and learn this technique – because how could you not walk through those doors feeling like you’d stepped into a children’s book?  Imagination bonus points!

Next, I scored two low-hanging magnolias on Octavia Street for my spring perfume, which is marinating in a jar of vodka in the pantry.  Sixteen ounces of New Orleans spring soon to come; but it’s early, so fragrant blooms are scant, and I’m on the lookout for any sign of life from every branch and bush.

But the best thing was this:  I was blasting REM in the car, something I like to do while people-watching as I drive.  It makes a soundtrack for life on the streets.  Try it sometime.

On Claiborne Avenue, by Washington, the Mardi Gras Indians are often spotted in plain clothes, parking themselves in lawn chairs on the neutral ground.  They collect there on any weekday after work, just enjoying the middle of the busy street like it’s their own front porch.  I watch them all the time, because who doesn’t love the Indians?

So today at that intersection my song is “Final Straw,” a decidedly upbeat and country-ish song.  It jives perfectly with the scene on the corner.  An elderly black man in a jazz hat, golf shirt and jeans is doing that shuffle-step-shuffle you see at second line funerals, and regular parades.  It’s so New Orleans, isn’t it – life and death dancing together?  The heart beats in the feet, and the feet and the beat and the street come together all the time.

He’s got his eyes on the ground, working on his moves.  He’s in his own world and has no idea that in MY world, he’s dancing to the country-pop happiness of an eighties rock band.  I’ll keep that to myself… but I honk the horn and give him a thumbs up.  He looks up without missing a step and gives me a nod.  Keeps dancing.  I can’t get a picture, but he lives in my mind now.

The light turns green and I head for home, noting the loaded jasmine vines on the corner of Nashville, which I’ll steal later for the perfume that captures spring – here, now – in a bottle. 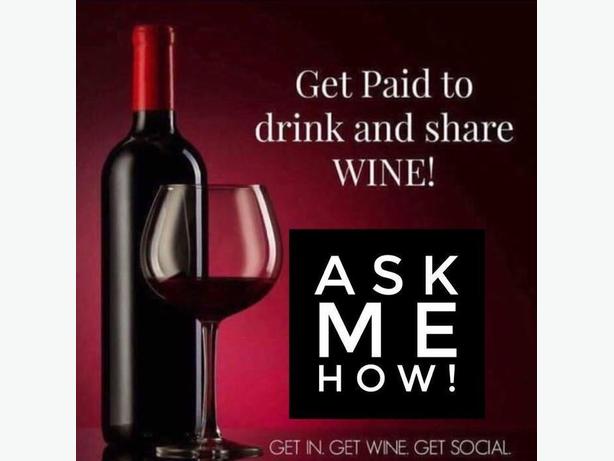