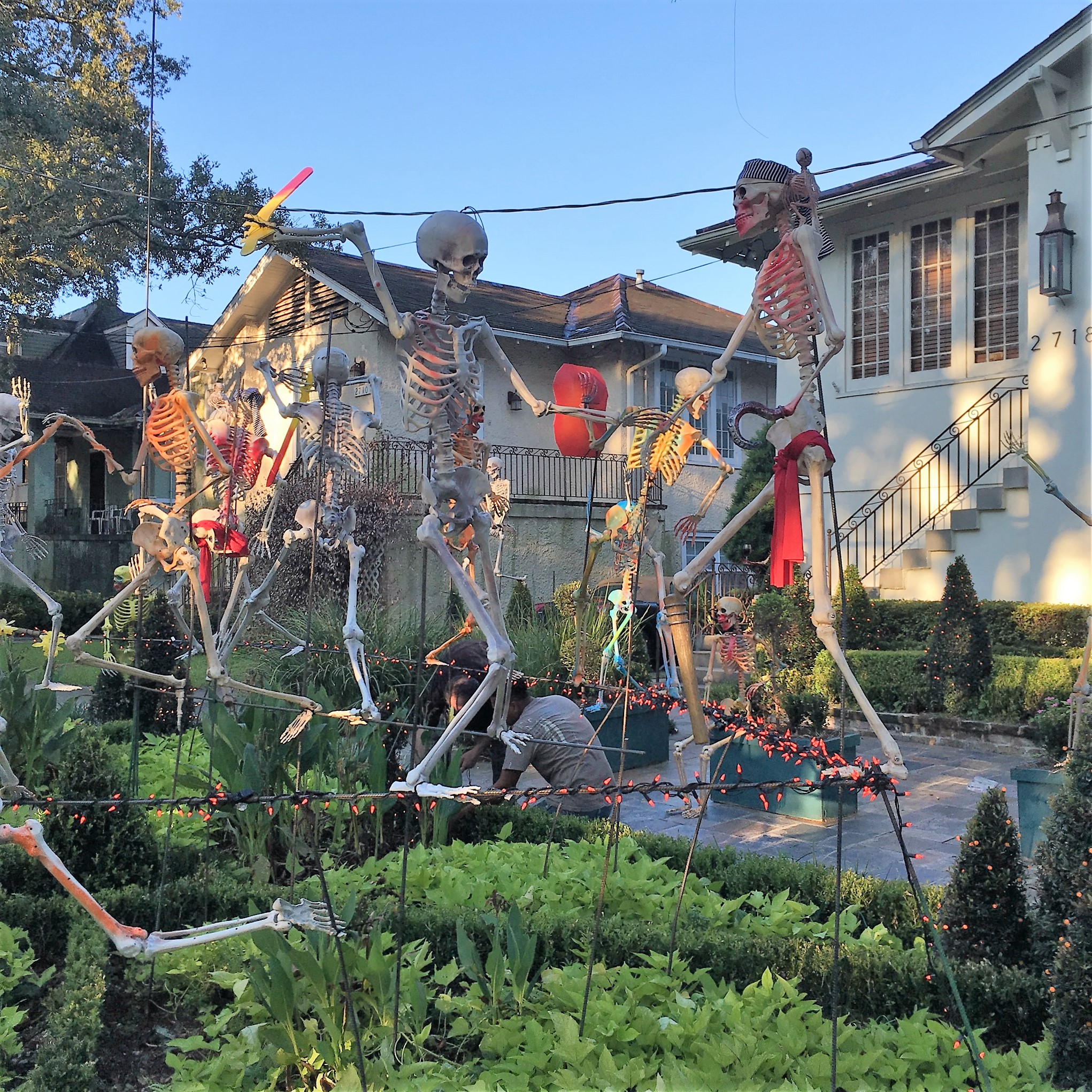 Skeletons Uptown... rising up to trick and treat!

Yes, Halloween is a season here.  It’s already started.   Yesterday, September 21, a full month and ten days before Halloween, the first lawn decorations were spotted on State Street, almost coinciding with the appearance of Christmas decorations at Wal Mart and Home Depot.

Big difference, though.  Our neighbors on State Street have no retail ambitions or goals that must be met as a result of their early introduction of a new season.   They’re just milking the extra ten days for an extended period of satire and fun, and probably have no intention of causing even more traffic backups on State in the morning.

It was too late as I passed them yesterday, but I vowed this morning I would slow down and snap some pictures.   Or get out of the car and investigate.   Be part of the problem with carpool traffic.  Can’t help it.

I had to pull over and snap some pictures, even though this display is still in progress.   All the while, my second grader, Bryce, is twisting his hands in Carpool Related Anxiety (CRA), “Mom, we’re going to be late.   We can look at the Halloween stuff later!”

Too late.   My inner child just started cutting up.