↓ Skip to Main Content
Home › Families › “Say goodbye to the elf, and put the boa back on the alien,” I said.

“Say goodbye to the elf, and put the boa back on the alien,” I said. 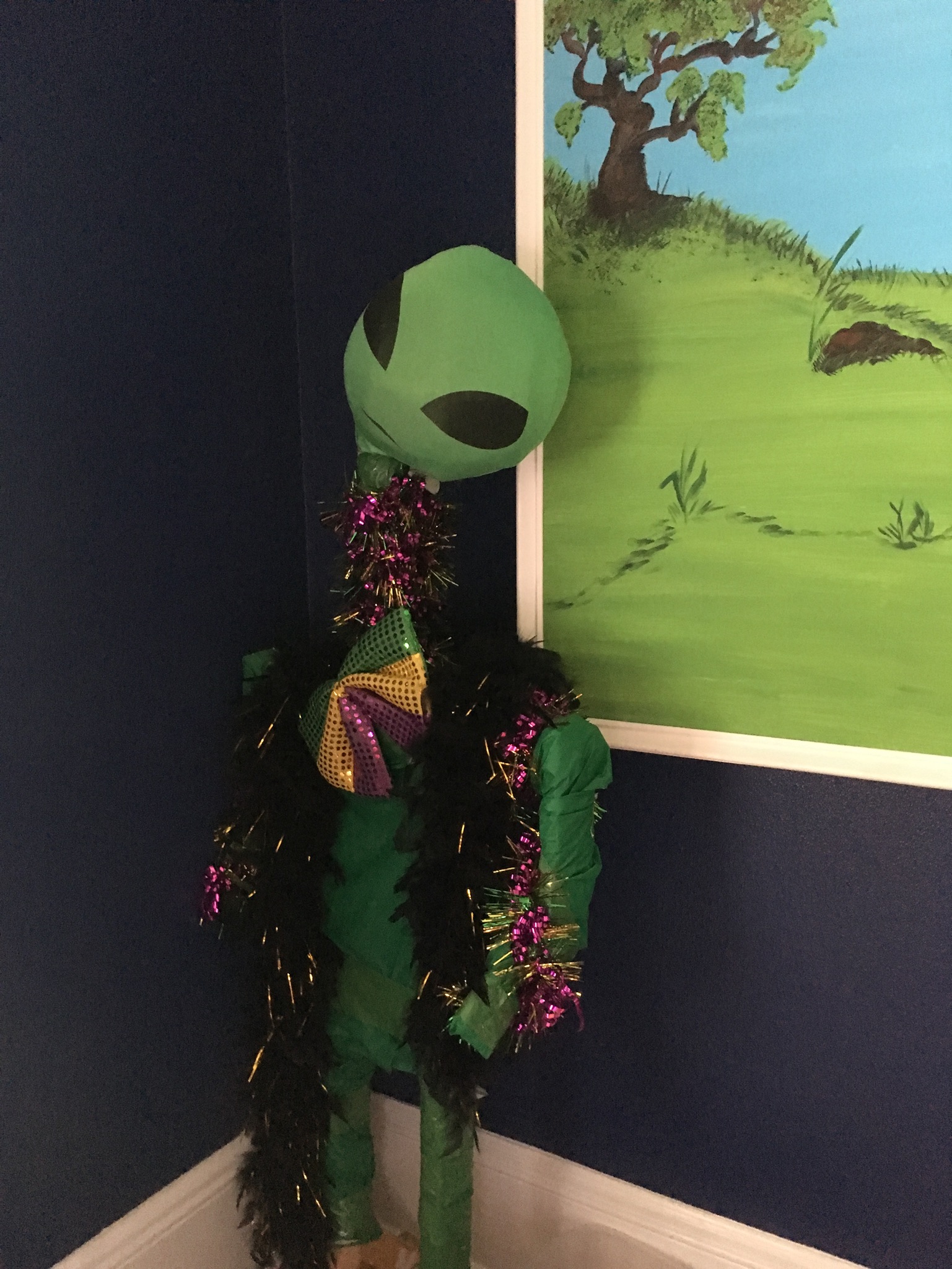 The alien has his boa back on, needs a head adjustment - and now he's ready for carnival season! 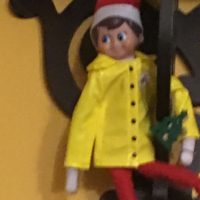 Our elf, Chippy, arrived in a rain storm this year… 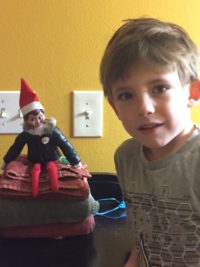 Bryce loves his elf, even bought him a biker jacket this year. 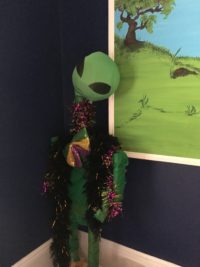 The alien has his boa back on, needs a head adjustment – and now he’s ready for carnival season!

Only in New Orleans could this be a real conversation.

Our Elf on the Shelf has overstayed his Christmas visit, and my son, Bryce is having a hard time letting go.  Somehow, the elf keeps forgetting to leave, and today has GOT to be his last day here.  It’s time for Mardi Gras!

So we’ve been going through a few tearful conversations with Bryce about how busy elves are building toys after Christmas, and I think he’s ready to say goodbye to Chippy – but now I’m going to crack down on the craziness in his bedroom.  It’s time to clean house and get all those toys organized into their new spaces – and the boa that goes on the alien is not where it belongs.

Yes, boas for aliens have a specific place in our home.  If you live in NOLA, you know just what I mean.   The alien is a “character” we created two years ago for Bryce’s kindergarten Mardi Gras.  It was super-competitive (among the parents, anyway), and the “Rednecks vs. Aliens” theme is what we came up with for Bryce’s float (wagon).

The alien is as tall as me.   He also wears a boa, because… well, just because.  Someone stuck it on him, and that’s where it goes now.  Alien was way too cool to throw away after the parade, so he became permanent little boy’s room décor.  And that room is a mess right now –

so it’s time to say goodbye to the elf, and put the boa back on the alien.  It’s Mardi Gras – let’s get down to business!