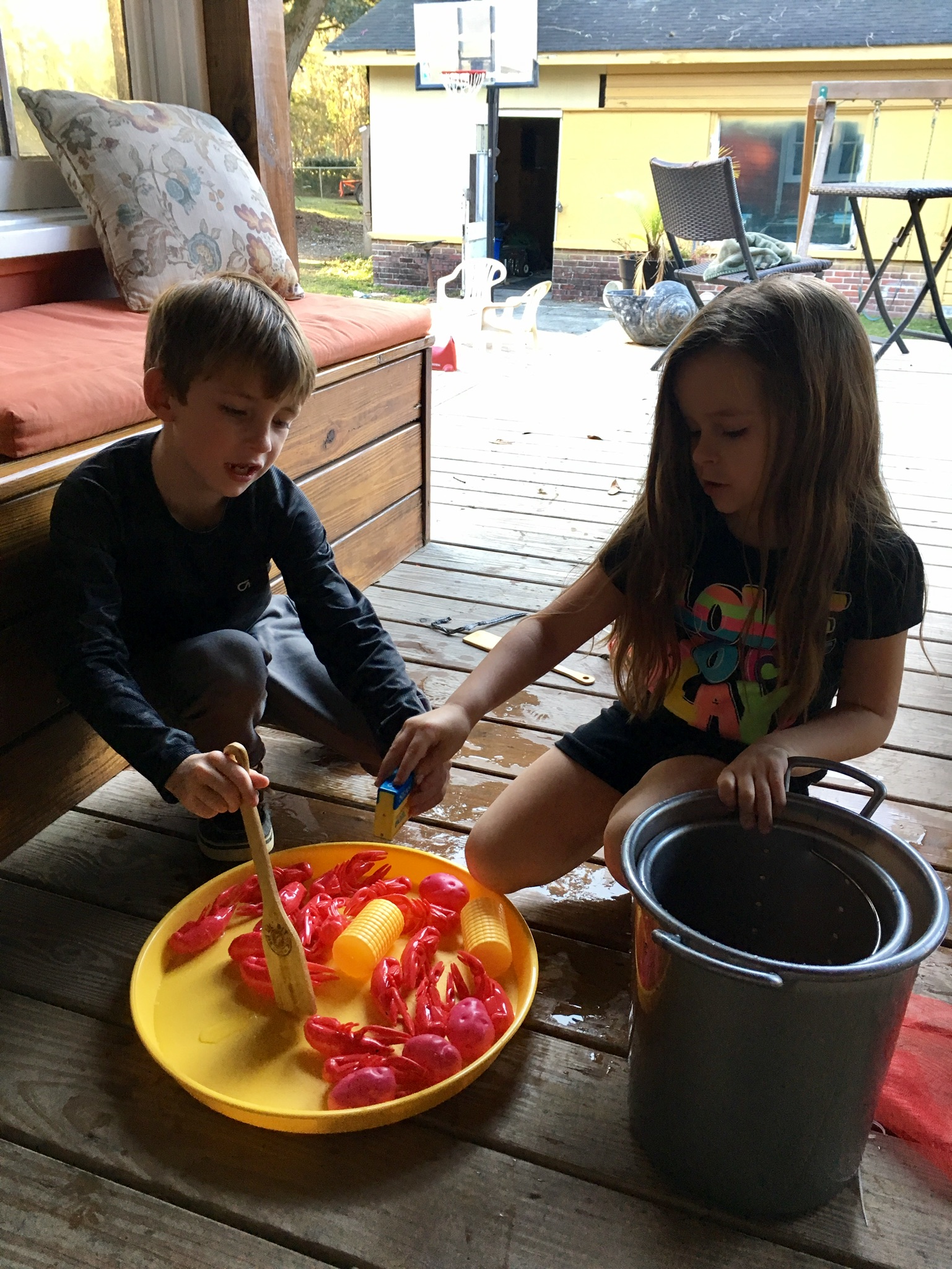 Carrying on the tradition... his own crawfish pot...

The Ladders of Mardi Gras (The Unknown Traditions in America)

Say what you want… a kid raised in New Orleans is going to be a bit different.  Easily bored, easily distracted when removed from his native environment.  He’s a fish out of water without a celebration of some kind.   Imagination rules.  It’s hard to adapt to being elsewhere when you’re a New Orleans kid.
Just a few examples… The picture of the crawfish was taken Christmas Eve, 2016.   Yes, Bryce and Hayleigh are in shorts.  It was 78 degrees, and their “Christmas Eve presents” were their own crawfish cookware sets – just like their dads have.   These two have been playing with little kitchen things together since they were toddling, and it was time to take it to a new level.   Of course, that means pretending to do a crawfish boil – in shorts, on Christmas Eve.
Those poor children have been modeling themselves after the strangest adults all their lives… crazy people who keep rooting for this New Orleans Saints football team that always disappoints… our little player has had the roster memorized (almost) since he learned to talk.   He’s in for a lifetime of ups and downs and misplaced optimism about the Saints, just like his parents.
Oh well.  Things could be worse.  When you have a day off school and have to go to your Mom’s office… not everyone can say they get to pitch a tent on a balcony on Magazine Street, and watch all the wonderful things that go by…
Anne Beck, Blogger
Specializing in real estate sales and
raising a NOLA kid.