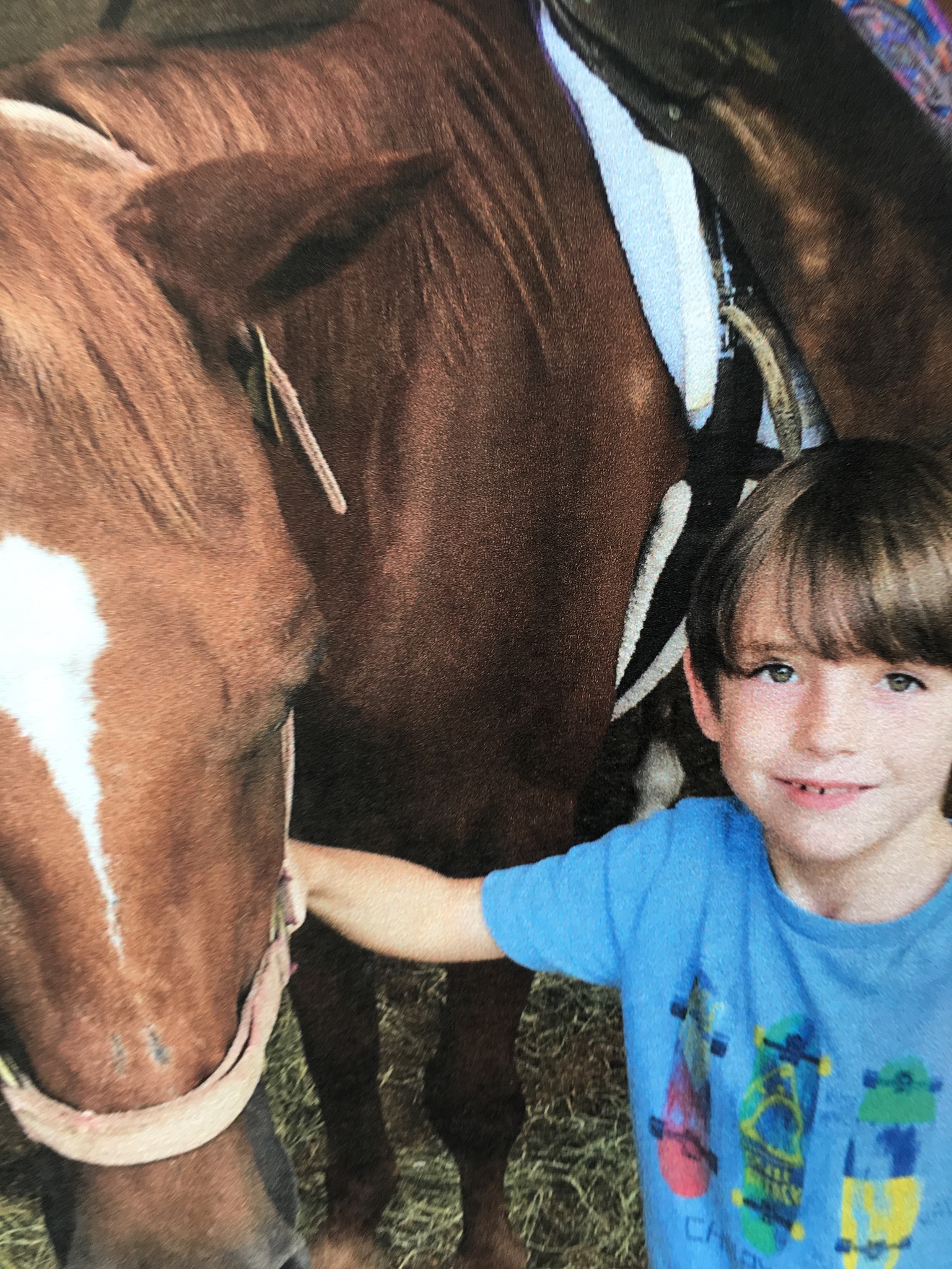 Well, New Orleans, school is out for summer, and it’s time for camp!  I took a look at the camp list on the New Orleans Mom’s Blog and felt the same way I feel when I open a Gambit on any given day of the week… overwhelmed with the rich variety of choices we have for fun in New Orleans.  Camp everywhere.  Any kind of day camp you can imagine exists right here in New Orleans, so, now what?

I had already decided that this year we would do a week-on/week-off schedule with Bryce, just to keep the expense of camp down a bit.  Camps range from $250 to $300 per week, so we thought we’d schedule around two quick vacations and our work-at-home flexibility.

But… I just couldn’t decide which camp he would enjoy most.   This poor New Orleans child had a blast at KidCamp “Every Day Away” camp last summer… at first.   They take the kids on field trips every single day, and the destinations included NASA, Audubon Zoo, City Park, and state parks for swimming and outdoor fun.  But, in truth, once you leave the city, there are only so many trips you can do within an hour.  By the third week of camp, they were revisiting the same destinations again and again, and he was tired of two hours on the bus every day. 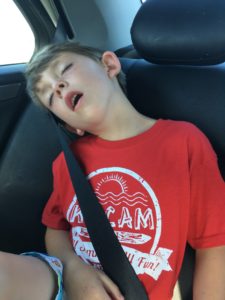 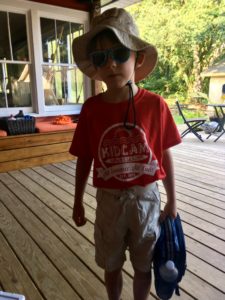 Friends were doing sport camps, JCC Camp, church camps, sleepover camps.  Then Danielle, (otherwise known as “Smith’s Mom”), mentioned that they were just going to do a little of everything.

So I didn’t pick just one camp this year.  We are doing five.

Week One:  Silly Circus Camp at the Louisiana Children’s Museum.   He absolutely loved this.  Every day he was mad at me for picking him up “too early.”  I was actually just picking him up at 3:00 when camp ends, but many of the kids were staying in aftercare… and that was what he wanted to do, too.   So much for being self-employed for HIS sake.  He’d abandon me for a babysitter/camp friends any time!

Week Two:  Horseback Riding at Cascade Stables.  Oh my gosh.  If we get out of this week without buying a horse… we are lucky.

He got in the car after the first day and said, “I don’t want to talk right now.”  Hm.

Then he wouldn’t shut up!  Oh yes, it was fun.  He was assigned a partner and a horse.  They raked hay, fed the horse, brushed the horse, learned all about how horses perceive humans, learned what to do and not to do around a horse, learned how to saddle the horse, and he rattled on an on and gave me a complete dissertation on it all.  He was a horse expert after just one day.

Day two, he couldn’t bounce out of bed fast enough.  By Wednesday, he was able to gallop on his horse, and apparently ready to ride a different horse than Tyson, his assigned horse who is very calm and quiet.  He refused to give up Tyson.  He says Tyson is now “reading his mind” and knows just what he wants.  So true – they do that.  So, a boy and his horse have bonded.

Today is Thursday, and he’ll be practicing his moves all day.   Tomorrow parents can watch the kids show off their skills.  We wouldn’t miss it for anything.

Week 4:  Back to camp at Cascade Stables!  (Kid-tested and definitely worth another week of fun, plus possibly an additional week later this summer.  He is hooked).

Week 5:  KidCamp:  Every Day Away Camp (Loved it last year, and will love it again!)

It’s looking like a great summer so far, and I’m glad I stole the idea to “mix-it-up” from Danielle.  A variety of camps is keeping Bryce so busy it will be time for school again before we know it.